Welcome!
Close
Would you like to make this site your homepage? It's fast and easy...
Yes, Please make this my home page!
No Thanks
Don't show this to me again.
Close

I  MARRIED THE WIZARD OF OZ:
Our Adventures in Parapsychology, Paraphysics, and Metaphysics 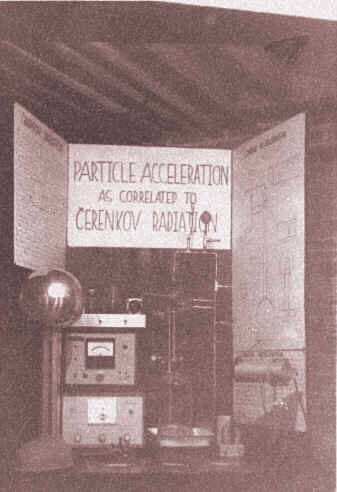 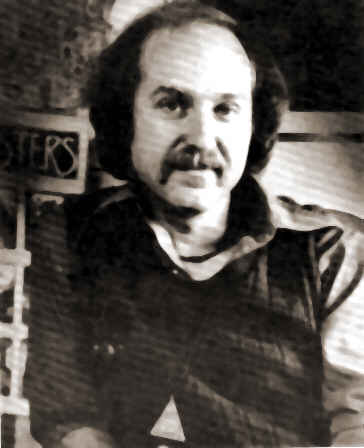 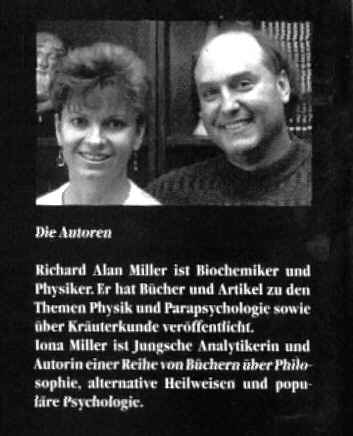 ABSTRACT: Complex information can be encoded in EM fields, as we all know from coding and decoding of television and radio signals. Even more complex information can be encoded in holographic images. DNA acts as a holographic projector of acoustic and EM information which contains the informational quintessence of the biohologram. Only 3% of human DNA encodes the physical body. The remaining 97% of the 3 billion base pair genome contains over a million genetic structures called transposons, that have the capacity to jump from one chromosomal location to another (Kelleher, 1999). We are 99.9% alike in our genetic legacy. Our individuality is expressed in three million small variations in our cells, called single nucleotide polymorphisms.

Gene-expression is the mechanism by which new patterns are called into being (Rossi, 2000). There is also a strong correlation between modulation of the brain’s EM field and consciousness (Persinger, 1987; McFadden, 2002). The Gariaev group has discovered a wave-based genome and DNA phantom effect which strongly supports the holographic concept of reality (Miller, Webb, Dickson, 1975). This main information channel of DNA is the same for both photons and radio waves. Superposed coherent waves of different types in the cells interact to form diffraction patterns, firstly in the acoustic domain, secondly in the electromagnetic domain -- a quantum hologram -- a translation process between acoustical and optical holograms.

Creative, novel and enriching psychotherapeutic experiences can lead to neurogenesis, gene expression, and healing which facilitate mindbody communication and can have a long-term transformative effect on the whole person (Rossi, 2002). Thus, bioholography has relevant applications for optimizing health, well-being and even self-realization. It is relevant in biophysics, medicine, psychobiology, psychotherapy and the holistic healing arts. It provides us with a more genetically integrated model of the complex dynamics of the mindbody -- one arising in the domain underlying the standard genetic code triplet model.

For more on our adventures in Parapsychology, see

The holographic paradigm is a form of quantum mysticism extrapolated from two theories:

This paradigm posits that theories utilizing holographic structures may lead to a unified understanding of consciousness and the universe.

The holographic paradigm is rooted in the concept that all organisms and forms are holograms embedded within a universal hologram, which physicist David Bohm[1] called the holomovement. It is an extrapolation of the optical discovery of 2-dimensional holograms by Dennis Gabor in 1947.[2] Holography created an explosion of scientific and industrial interest starting in 1948.

photographic recordings of the patterns of interference between coherent light reflected from the object of interest, and light that comes directly from the same source or is reflected by a mirror. When this photo image is illuminated from behind by coherent light, a three-dimensional image of the object appears in space. The characteristic of a hypothetically perfect hologram is that all its content is contained in any finite part of itself (at lower resolution). [3]

In 1973, what has come to be known as the Pribram-Bohm Holographic Model was non-existent. But the Seattle thinktank, Organization for the Advancement of Knowledge (OAK), led by Richard Alan Miller and Burt Webb, were able to synthesize the work of Northrup and Burr on the electromagnetic nature of the human being with Dennis Gabor's work on optical holograms and come up with a new notion – a holographic paradigm.

In Languages of the Brain (1971), Pribram[4] had postulated that 2-dimensional interference patterns, physical holograms, underlie all thinking. The holographic component, for him, represented the associative mechanisms and contributed to memory retrieval and storage and problem solving.

However, Miller, Webb and Dickson extrapolated that the holographic metaphor extends to n-dimensions and therefore constitutes a fundamental description of the universe and our electromagnetic embedding within that greater field. It suggested the human energy body or bioenergetics was more fundamental than the biochemical domain.

The "Holographic Concept of Reality" (1973)[5] was presented at the 1st Psychotronic Conference in Prague in 1973, and later published by Gordon & Breach in 1975, and again in 1979 in Psychoenergetic Systems: the Interaction of Consciousness, Energy and Matter, edited by Dr. Stanley Krippner.

Miller and Webb followed up their ground-breaking paper with "Embryonic Holography,"[6] which was also presented at the Omniversal Symposium at California State College at Sonoma, hosted by Dr. Stanley Krippner, September 29, 1973. Arguably, this is the first paper to address the quantum biological properties of human beings--the first illustrations of the sources of quantum mindbody.

The premise is based in this hypothesis:

The organization of any biological system is established by a complex electrodynamic field which is, in part, determined by its atomic physiochemical components. This field, in turn, determines the behavior and orientation of these components. This dynamic is mediated through wave-based genomes wherein DNA functions as the holographic projector of the psychophysical system - a quantum biohologram.

Dropping a level of observation below quantum biochemistry and conventional biophysics, this holographic paradigm proposes that a biohologram determines the development of the human embryo; that we are a quantum bodymind with consciousness informing the whole process through the level of information. They postulated DNA as the possible holographic projector of the biohologram, patterning the three-dimensional electromagnetic standing and moving wave front that constitutes our psychophysical being -- quantum bioholography.

The Gariaev (Garyaev) group (1994)[7] has proposed a theory of the Wave-based Genome where the DNA-wave functions as a Biocomputer. They suggest (1) that there are genetic "texts", similar to natural context-dependent texts in human language; (2) that the chromosome apparatus acts simultaneously both as a source and receiver of these genetic texts, respectively decoding and encoding them; (3) that the chromosome continuum acts like a dynamical holographic grating, which displays or transduces weak laser light and solitonic electro-acoustic fields.[8]

The distribution of the character frequency in genetic texts is fractal, so the nucleotides of DNA molecules are able to form holographic pre-images of biostructures. This process of "reading and writing" the very matter of our being manifests from the genome's associative holographic memory in conjunction with its quantum nonlocality. Rapid transmission of genetic information and gene-expression unite the organism as holistic entity embedded in the larger Whole. The system works as a biocomputer -- a wave biocomputer.[9][10]

Gariaev reports as of 2007 that this work in Russia is being actively suppressed.[11]

©2009 Iona Miller is a nonfiction writer for the academic and popular press, hypnotherapist (ACHE) and multimedia artist. She is a participant, not just commentator. Her conspirituality work is an omni-sensory fusion of intelligence, science-art, new physics and emergent paradigm shift, melding many social issues into a new view of society. She is interested in the effects of doctrines from religion, science, psychology, and the arts. Website: http://ionamiller.iwarp.com